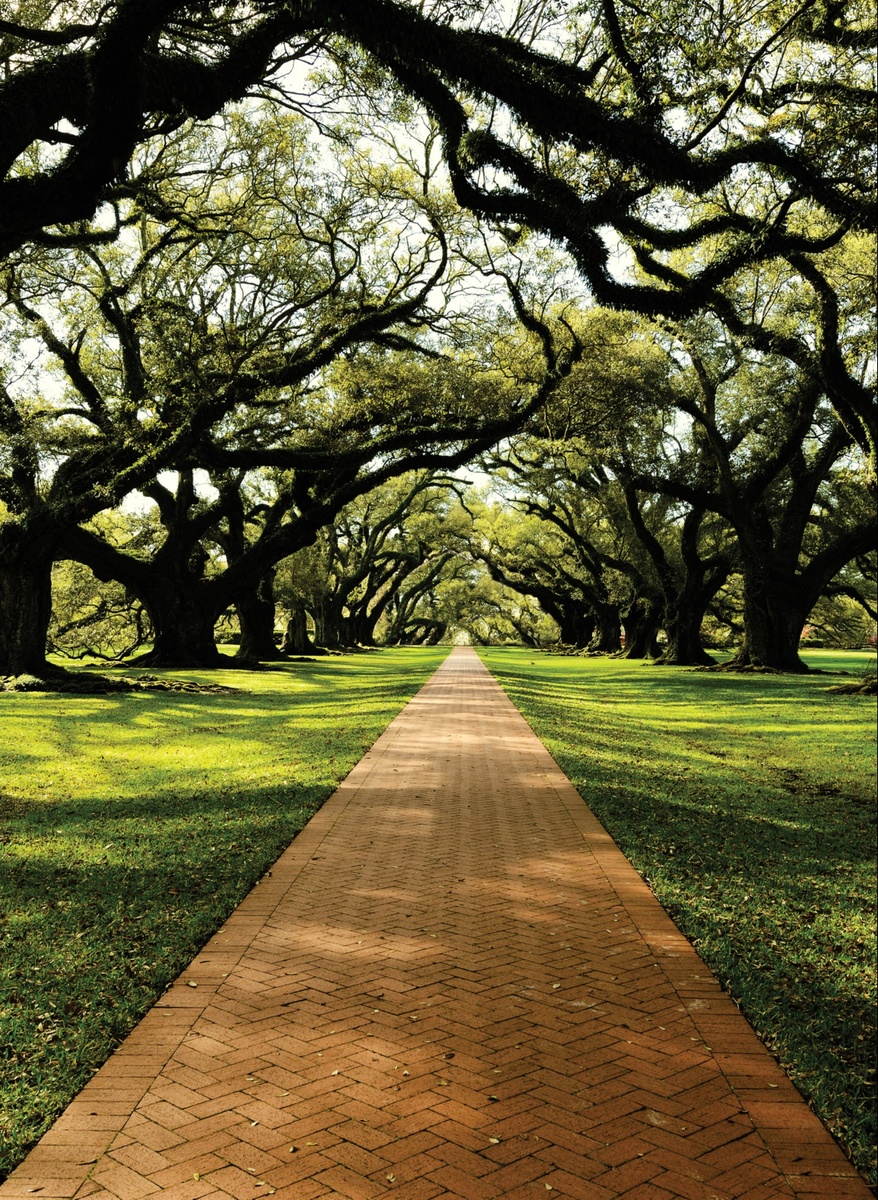 What to do on Your Trip to Savannah

﻿What to do on your visit to Savannah﻿

Wondering What to do in Savannah?

By Mark and Jayne Di Vincenzo

We’re now Savannah residents, and we feel like the city’s biggest cheerleaders, telling out-oftown friends, relatives and co-workers what they should do when they come to town. This todo list is a summary of what we tell them, and we hope it benefits whoever reads it.

Before we get started, a tip you would be wise to heed: Don’t assume websites include accurate hours of operation. That’s not a slam on local business owners. It’s the reality of living during a pandemic and a labor shortage. Call ahead before you go anywhere.

The Historic District
The nation’s largest historic district – thanks to Gen. William Sherman’s decision to spare it during his March to the Sea in 1864 – is filled with tall, stately 18th and 19th century houses, leafy public squares, cobblestone streets and charming shops. You’ll want to walk because parking can be difficult and expensive, and you’ll miss a lot if you’re not on foot. Stroll past the houses of songwriter Johnny Mercer and novelist Flannery O’Connor and many other historic landmarks in and around the district’s 22 shady public squares. The city’s waterfront caters to tourists, who are drawn to the Savannah River, which forms most of the border between South Carolina and Georgia and flows into the Atlantic Ocean.

Be sure not to assume the Riverfront, where there is a newly expanded commercial area and a JW Marriott like none you’ve ever seen – it contains a surprising museum and is well worth ducking in to tour the lobby, is all Savannah has to offer. Be sure to venture to Forsythe Park and beyond, there is so much to experience here, you don’t want to miss out on more the city
has to offer. Forsyth Park, Just south of the historic district is the 30-acre Forsyth Park, named for the state’s 33rd governor. Savannah’s “Central Park” is the perfect blend of wooded and sunny areas. Its centerpiece is the breathtaking Forsyth Park Fountain, ordered from a catalog, believe it or not, and installed in 1858. If you’re there on a Saturday morning, walk past the fountain and head to
the farmers market, where you’ll find fresh bread and pastries, flowers, vegetables, and fruits, and more. (Nothing there is free, unfortunately.). And dogs, lots and lots of dogs. Savannah is a city full of dog lovers. Ask Jamie Lee-Curtis who posted about her recent filming experience in Savannah (the last Halloween movie). Most weekends we see at least one bride and groom, and combined with the artists, musicians and skaters it is a wonderful place to people watch and get a glimpse of the personality of Savannah. Next to Forsyth Park is a beautiful hotel, the Mansion on Forsyth Park, also worth a pop in for a view of the art gallery and bar area. The restaurant is also worth a visit—brunch there was delicious, in an elegant atmosphere and reasonably priced.

African Art Museum
The Savannah African Art Museum, which accepts donations, is a new, little-known gem in Thomas Square, voted the number-1 neighborhood in the South in 2020 by Southern Living
magazine. It’s about a half mile from Forsyth Park, so you can hoof it. Thomas Square is the place to go to see handsome Victorian houses and eat at several of the city’s most popular restaurants including Elizabeths on 37th, The Common Thread, La Scalla and The Vault. Nearby Thomas Square is the Starland District where you can visit a brewery or two, some interesting, artsy shops and an outdoor eating and entertainment venue hosting Vittoria’s pizza, a large bar, and food trucks including a Cuban foodtruck. Tybee Beach, Less than 30 minutes by car from Savannah is Tybee Island, with its wide, clean beaches, which attract Georgians and South Carolinians who want to avoid the crowds at nearby Hilton Head. While there, check out Georgia’s tallest (145 feet) and oldest (1736) lighthouse. On the way
you can pop by the Pulaski National Park nestled in the marshes on the drive there.

Savannah has excellent museums, but if you want to pay nothing to see art, head to the numerous galleries at the City Market, located in the northwestern part of the historic district. While there, you can usually enter the American Prohibition Museum, a fun tour through the past, at no cost if you’ve booked a Grayline/Kelly or Old Savannah bus tour. If you’re in Savannah, you probably planned to spend money, so let’s transition to the things that aren’t free:

Guided tours
As we mentioned, the historic district is amazing. If you want to learn more about the city while you’re here, there are plenty of guided tours for hire. You can tour on a bike, a Segway, a horsedrawn carriage, a hearse – yes, a hearse – and open buses. We’ve only gone on walking tours, and our favorite is Noble Jones Tours, which prides itself on getting the history right. Kelse
Palko, a transplanted Virginian (like us), is passionate, pleasant and has an encyclopedic knowledge of the city’s past. Savannah touts itself as the nation’s most haunted city – largely because builders sometimes didn’t let graveyards stand in their way – and there are no shortage of ghost tours. They can be hokey, and the history can be sketchy, but if you’re OK with that, they also can be entertaining.
Jayne’s favorite is the one offered by Genteel and Bard. We see Old Savannah Tours and Kelly/Gray Line Tour buses throughout the city, so we think these give a bigger perspective than the orange and green buses—both are good, but if you want to expand your sights, we recommend finding a tour covering a broader area.

Wormsloe
If you want to learn more about the history of the area, head to Wormsloe State Historic Site, about a 15-minute drive from Savannah. The state bought the beautiful 822-acre site in 1973 to
protect part of what was once Wormsloe Plantation, an 18th -century estate established by Noble Jones, one of Georgia’s colonial founders. They have a small museum and the view is stunning and a famous photo of the area will come immediately to mind upon your arrival.

Museums
Savannah is a city of museums, and they don’t only cater to art and history lovers. There are museums for children, classic car enthusiasts, military buffs and railroad lovers. We recommend
buying a combination ticket to get you into three museums: the Owens-Thomas House and Slave Quarters, the Jepson art center, and Telfair Academy, a history and art museum in a large
historic house.

The African Art Museum in Thomas Square is a special find—and is free of charge and hosts an interesting collection of sculptures, carvings and pottery. We recently toured the Mercer-Williams home, is well worth the tour -- even if you didn’t read Midnight in the Garden of Good and Evil or see the Clint Eastwood movie by the same name.
There are many other excellent museums, some of which are mentioned below.

Restaurants
The city’s restaurant scene has come a long way in recent years, so much so that it has surpassed Charleston in the minds of many foodies. Elizabeth on 37th is inarguably one of the
best special-occasion restaurants in the city. The Common Thread, also on E. 37th, is giving Elizabeth some competition. For a drink after work or on the weekends, there is no more
peaceful and scenic place than The Wyld Dock Bar, a 15-minute drive from downtown. Don’t want to drive that far? Try Collins Quarter at Forsyth Park. For good food at an excellent value
in the historic district, go to The Public Kitchen and Bar. Best pizza? Vittoria has Mark’s vote and Screamin’ Mimi’s has Jayne’s and Vinny Van Gogh Gogh’s is a close second. Best tacos: Bull
Street Taco, Foxy Loxy, and another popular spot with plenty of outdoor seating is Taco’s + Tequella which has an interesting menu and a larger drink menu. Most popular ice cream shop:
Leopold’s, the long lines prove it, hands down.

Everything you’ve read so far are things we’ve experienced, and as our list grows, this article could stretch for pages, so here are a few more restaurants and museums to check out that
we’ve recently enjoyed or plan to get to soon.

There is so much to see and do in Savannah and the surrounding area that we think you’ll want come again and again!